10 Extraordinary Landscapes You Have to See to Believe

Take in the wonder of Japan's natural mysteries as you experience the following 10 phenomena with all five of your senses. 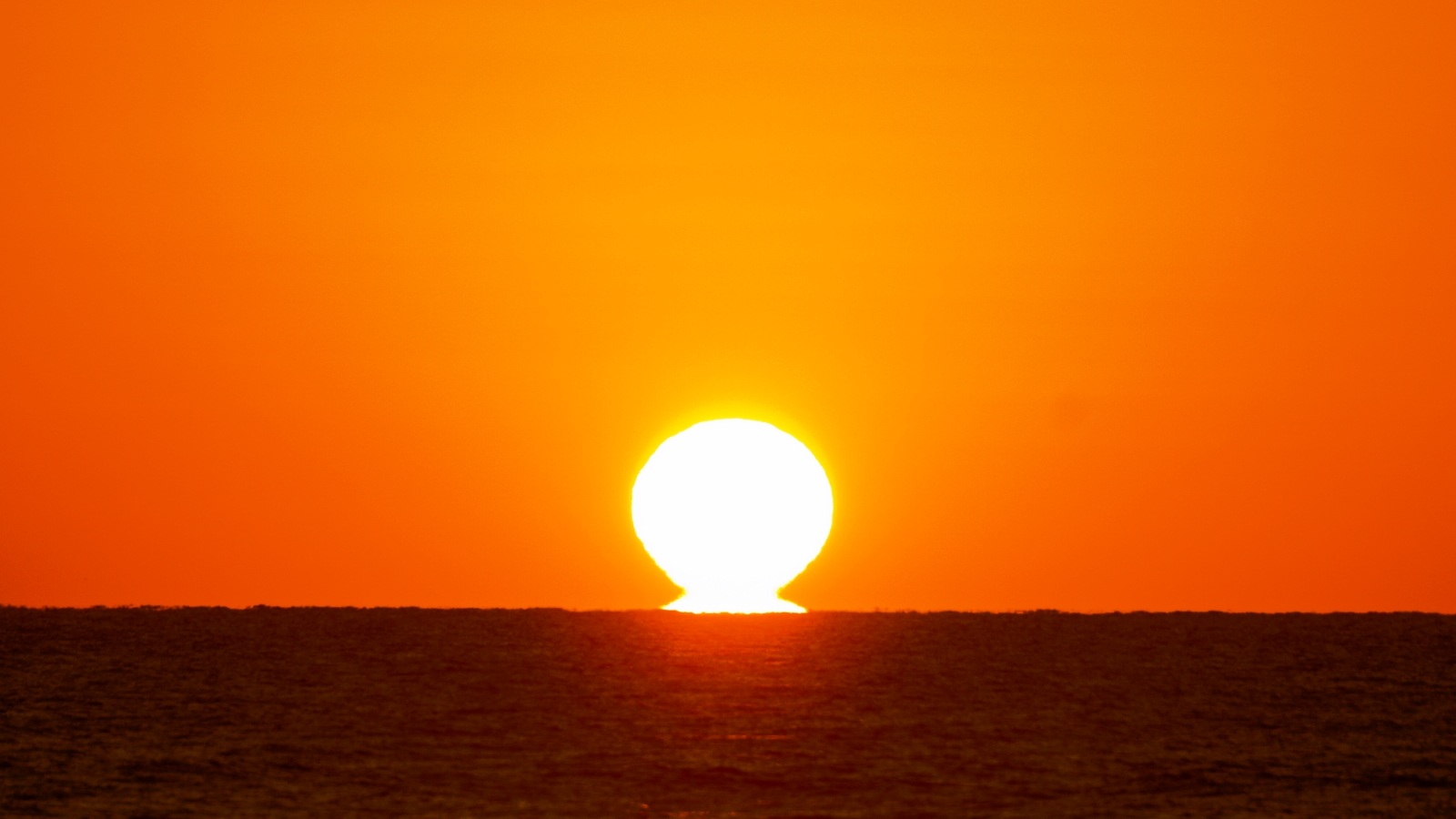 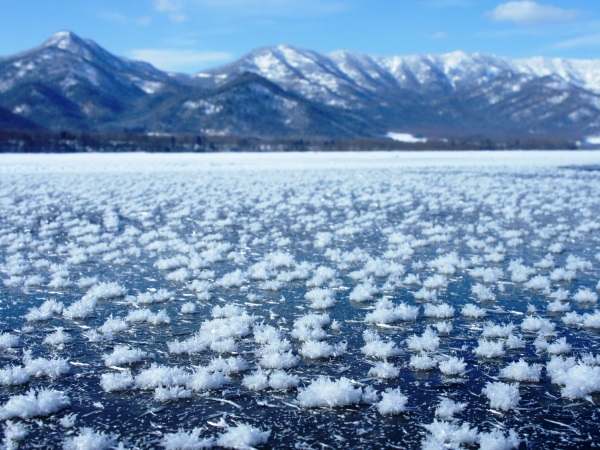 When to see
December through March, early morning
Conditions
Around -15℃ or below
No wind

These frost flowers are ice crystals formed as vapors freeze on the frozen lake's surface, gradually growing to the size of the palm of your hand. These "winter blossoms" are so delicate they crumble even at the slightest breath of air. A hot spring at the bottom of the lake keeps part of the ice sheet thin so frost flowers form more easily. 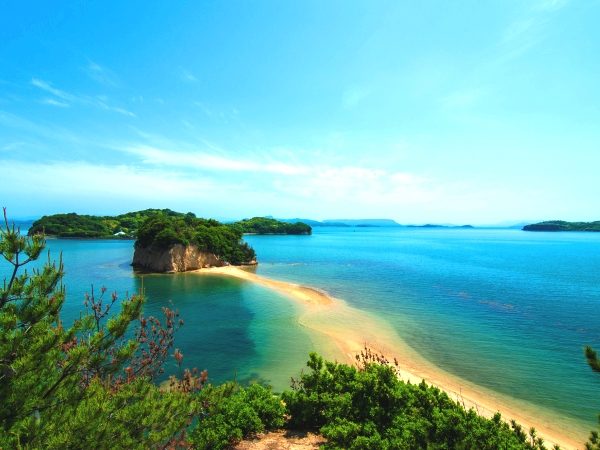 When to see
Twice a day at low tide

Twice every day, an “angel road” to a little island mysteriously arises from the midst of the sea, linking the usually cloistered island to the nearby mainland. According to lore, this magical tombolo (Italian for “mound”) unites two lovers as they join hands. 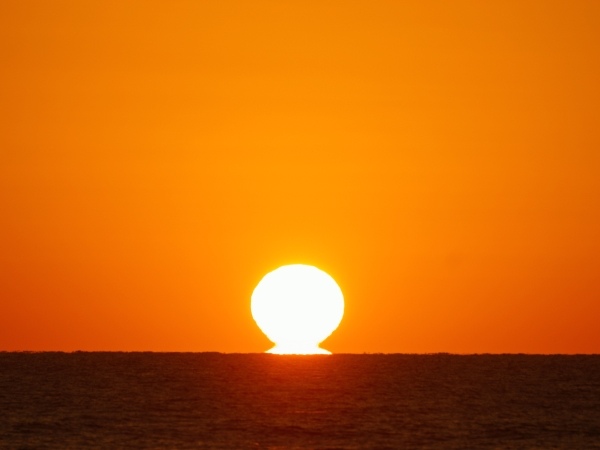 The auspicious Omega Sun occurs only once or twice a season - appearing on the horizon in the morning as the sun rises or in the evening as the sun sets. The atmospheric layer near the ocean surface is refracted to form a mirage of another sun, creating a mirrage like the Greek letter omega (Ω). In Japan this phenomenon is named after traditional doll, the daruma.The majestic beauty of this sun can be viewed from Cape Muroto, famous as the place where the legendary Buddhist leader Kobo Daishi was first enlightened.

Diamond Dust in a Sun Pillar 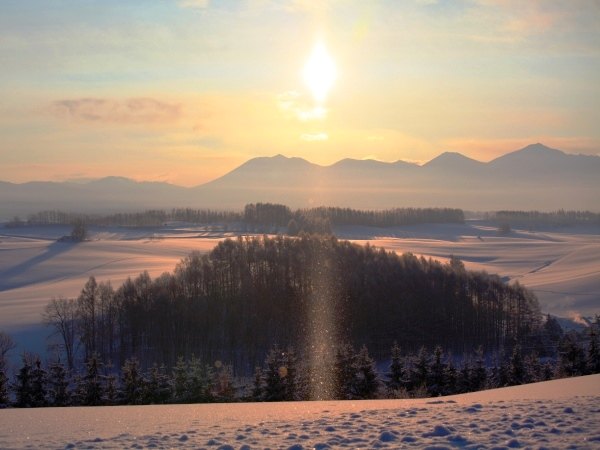 When to see
January and February, early morning
Conditions
Below -16℃
No wind
High humidity

“Diamond dust” is so called from tiny ice crystals that form in the air and float suspended, glittering. They form in the same way that snow does, but because they are so much smaller they remain floating in the air without falling. If the wind is absent, sunlight may be reflected evenly through their hexagonal crystalline structures to create the optical effect of a pillar of light in midair.

Places to stay near Biei, Hokkaido 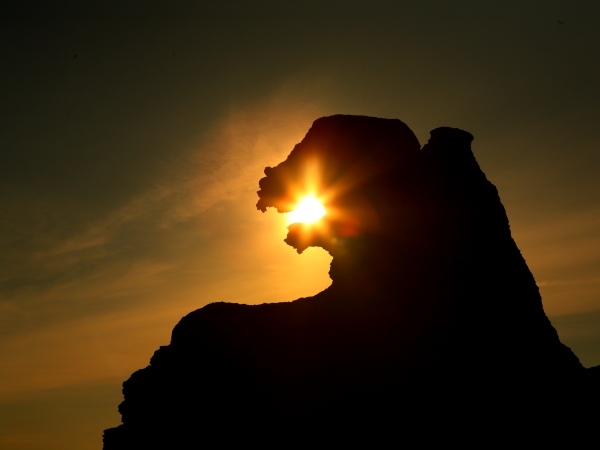 Shiosezaki in Akita Prefecture is known for excellent fishing and for its huge, jagged rock formations. Among those formations stands the “Godzilla rock,” which even in broad daylight highly resembles a monster staring intently into the sea. As dusk approaches and the area becomes enveloped in shadows, the creature appears to come to life. As the reddening sun descends into the monster's mouth, for a few magical moments Godzilla breathes fire. 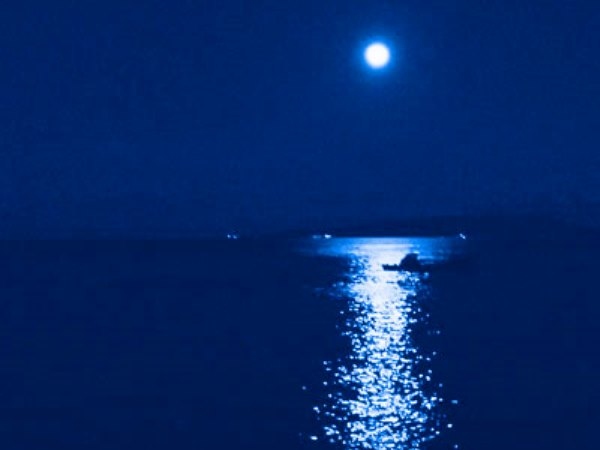 During the full moon, when the moon is at its brightest, the moonlight creates a long straight reflection on the surface of the sea to form a “moon road.” This road seems to directly approach those standing anywhere on the Kitakawa footpath, giving rise to a legend that prayers made at that time will surely be answered. When people in Shizuoka were polled about which places around Mt. Fuji should be designated an “Angel Power Spot,” the “moon road” was voted number one. 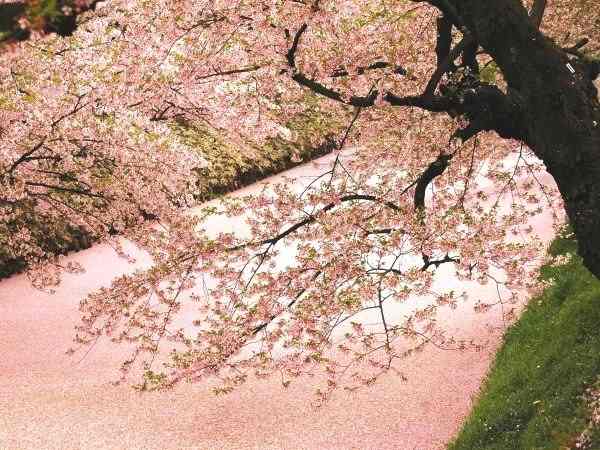 When to see
Late April through Early May

Well known as a place to view cherry blossoms, Hirosaki Park in Aomori Prefecture has more than 2,600 trees of some 50 varieties which bloom all at once when the season comes. During this time the outer moat of Hirosaki Castle, located in this park, becomes covered with pink petals. This wondrous sight has is often referred to as a beautiful carpet of cherry blossoms. 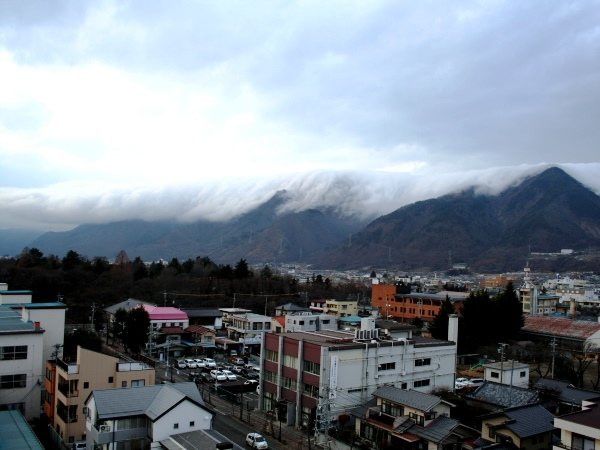 When to see
Just as the seasons change in March or in September, at 4 to 6 in the morning
Conditions
Large temperature difference between Ueda City and it's northern neighbor Nagano City
It rains in Nagano City first
Easterly winds in Nagano City

Cascading from the north over a ridge stretching from Mt. Taro to Mt. Kokuzo, the “inverted fog” flows toward Ueda City and then ceases. Most of the peaks along the north of Ueda City hold back the oncoming clouds, but the fog makes its way over the lower range between Mt. Taro and Mt. Kokuzo. 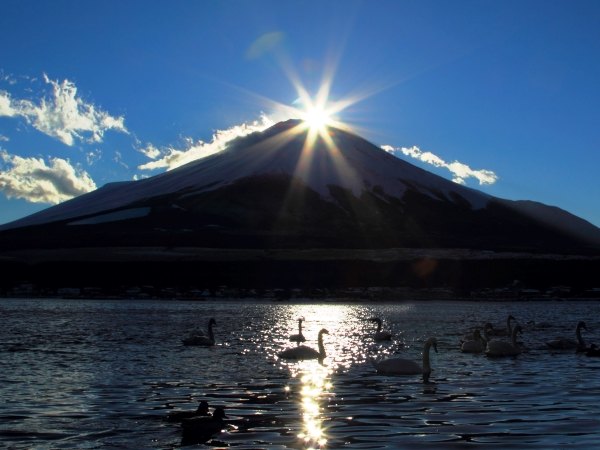 When to see
Mid October to the end of February (especially January and February), from 3:00 to 4:00 in the afternoon

“Diamond Fuji” occurs in the brief time when the sun hides just behind the peak of Mt. Fuji, creating the sparkle of a diamond, best seen from Lake Yamanaka as the sun goes down. 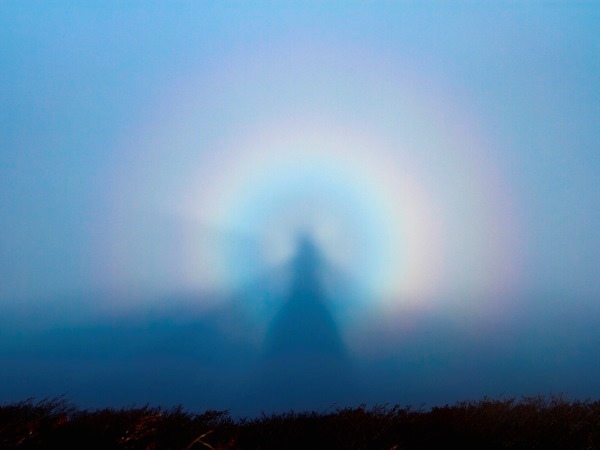 When to see
At the time of sunrise
Conditions
The sun is shining behind you
Your shadow projects in front of you, where there are clouds or fog.

A Brocken spectre refers to a seemingly enormous and magnified shadow, cast upon the upper surfaces of clouds opposite the sun by an observer. This phenonmeon can appear on any misty mountain or cloud bank, but is especially spectacular when standing on Mount Daisen in Tottori Prefecture. In ancient times this early morning viewing was called Goraigō (“welcoming of light”) and was considered to be an apparition of the Amida Buddha surrounded in light.

Places to stay near Brocken Spectre

Note: The 10 extraordinary landscapes presented on this website may not be observable due to weather or other natural conditions.