Fact or fiction? A collection of urban legends from around Japan

From spooky ghost stories to romantic myths promising lasting love, we introduce a variety of urban legends from the streets of Japan! Are they true or false? Why not finding out yourself? 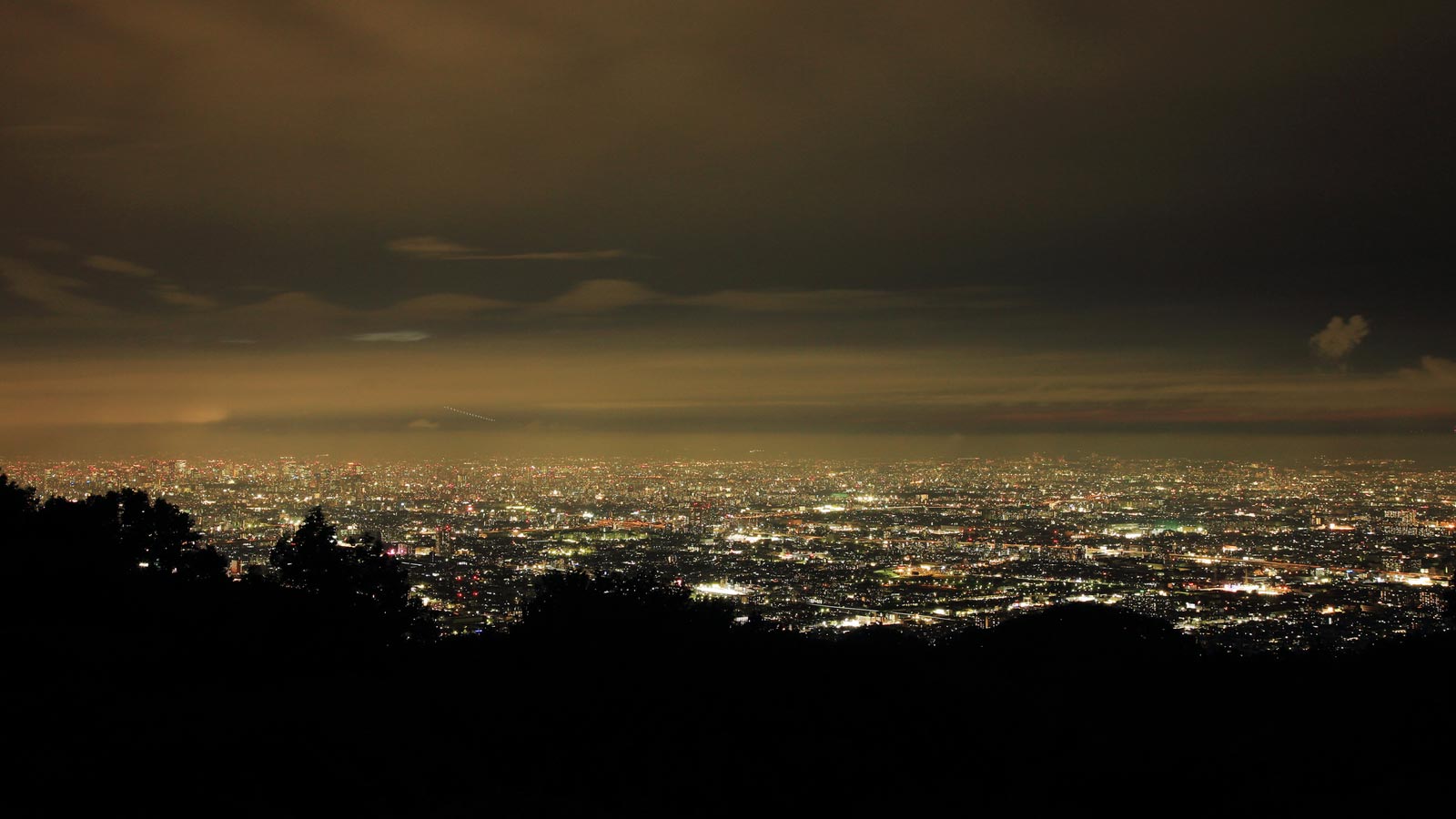 Will a boat ride in Inokashira park result in a breakup?

Rumor has it that if couple rides in a boat together in Inokashira park, they will become overwhelemed with jealousy and break up. This jealousy is said to originate from Benten, the goddess of feminity, who is enshrined near the pond. But Benten, the goddess of music and art, is normally a benevolent diety. Maybe these supposed breakups are caused by something else?

Will looking back when crossing the Togetsu Bridge in Arashiyama result in a breakup?

The story here is that a hex on this bridge causes lovers crossing together to break up if they look back. The origins of this legend are unclear, but may be related to a myth about nearby Horin-ji Temple. Every year Horin-ji holds a "thirteen visit" ceremony, where boys and girls who have turned thirteen visit to receive wisdom from the enshrined Bodhisattva. It is said that if the participant looks back before they finish crossing the Togetsu Bridge after the ceremony they will lose all the knowledge they have been bestowed. Perhaps this was adapted into the lovers' curse?

Yaegaki Shrine is well-known as a matchmaking "power spot" able to enhance luck and good fortune. It enshrines the God Susanoo and his bride, the Princess Kushinada, whom Susanoo rescued from a vicious eight-headed dragon. Susanoo and Kushinada's romance has enchanted the Japanese from time immemorial, and may explain the popularity of the romance fortune-telling conducted at the "Mirror Pond" on the grounds of the shrine. Put a coin on top of a piece of paper and set it on the pond; if it sinks quickly, your wishes for love will be granted soon, but if it takes 30 minutes or longer romance is still a long way off.

The typical Japanese pay phone is a boring shade of green or gray, but legend speaks of a marvelous golden pay phone located somewhere in the neighborhood of Yotsuya, Tokyo. Word has it that this auspicious phone was painted gold to commemorate the marriage parade Crown Prince and Princess Masako, which passed by the phone in 1993. Rumor has it that if you call the object of your affection on this phone using a 10 yen coin with a ridged edged, your feelings will be reciprocated.

As the name implies, Lovers' Cape in Shizuoka Prefecture is a popular date destination for couples. It is said that ringing the "Love-Calling Bell" while peering out upon the vast ocean will result in a successful romance and/or eternal love. In all honesty, if you are already there ringing the bell together your romance is probably going pretty well already.

This town is said to have the most reported UFO sightings of anywhere in Japan - harking all the way back in the 19th century. Cosmo Isle Hakui Space and Science Museum features exhibits of photos and fragments of UFOs, and there are even UFO-themed billboards and gourmet cuisine to be found in the city. A must-see for UFO hunters!

The Tokyo Metropolitan Government Building transforms into a giant robot

Every Tokyoite has heard this urban legend at least once. The tale goes that in a national emergency such as an alien invasion, the Tokyo Metropolitan Government Building in Shinjuku will transform into a giant robot and defend the city. Piloted by the Governor of Tokyo, who is trained on how to operate it soon after inaguration, rumor has it that the robot's punch attack can reach targets up to 40 km away.

A hexagram appears! A portal to another world in Sendai

If you draw lines between Aoba Shrine, Osaki Hachimangu Shrine, Atago Shrine, Tsutsugiaoka-Tenmangu Shrine, Sendai Toshogu Shrine and Sendai Castle (Aoba Castle) in the city of Sendai in North-Eastern Japan, they mysteriously form a perfect six-pointed star. There is a theory that Masamune Date, the famous Japanese warlord who controlled the region in the 17th-century, positioned the shrines and castle in this way to create a portal to another world...or he could just been concerned about feng shui.

The Korpokkur: The dwarf of the Ainu

The Korpokkur are dwarves that appear in the traditional legends of the Ainu, an indigenous people of northern Japan. Meaning "people under the butterbur leaves," the Korpokkur are nimble and quick and benevolent towards humans. Some say it was the Korpokkur who first build the pit dwellings whose ruins cover Hokkaido today.

"Kussie," the monster of Lake Kussharo

There have been many reported sightings of this Unidentified Mysterious Animal (UMA) in Lake Kussharo in Hokkaido. Named after the famous Loch Ness Monster "Nessie" in Great Britain, it is rumored that Kussie is actually a surviving plesiosaur. However, the last sighting of Kussie was in 1997, and there have been no reports since then.

It has been suggested that the name of the Daita neighborhood in Setagaya-ku, Tokyo, dervies from the name of legendary giant "Daidarabotchi." Tradition says that the 180 meter-long hollow in the area is actually a footprint made by the ancient giant. These days, however, the area has been built over into a residential district, and little remains of the once distinctive hollow.

No turning and no knocking! Place-based taboos

On Oshima Island, a well-known scenic spot near Tojinbo Cliff, there is a saying that if you turn around counterclockwise you will fall into the land of the dead. The bodies of suicide victims who have thrown themselves from Tojinbo Cliff will sometimes wash up on the shore of Oshima Island, and this superstition may have derived from the belief in the wandering ghosts of these victims. Everything in the world of the dead is the reverse of how it is in the world of the living, so turning counterclockwise in a place so close to death could spell your doom.

What three things must you not do on the Karuizawa Bridge?

The Karuizawa Suspension Bridge in Nagano Prefecture is notorious as a wandering place for ghosts and spirits. There is actually an official government notice on the bridge which instructs, "Do not stop your car on the bridge," "Do not walk all the way across the bridge" and "Do not visit the shrine behind the bridge."

Aokigahara, a 35-square mile forest that lies at the northwest base of Mount Fuji, is the most popular suicide location in Japan. It is said that members of the Japan Self-Defense Force training in the forest found small stone cairns - mounds of stones built for wayfinding - in various locations throughout the forest. Apparently, SDF members who kicked down these stones were later involved in bizarre traffic accidents, giving rise to a taboo against knocking down the piled stones.

Legends of riches and buried treasure hidden in Japan!

During the second half of the 19th century the old Tokugawa Shogunate, which had ruled Japan for 4 centuries, battled with pro-Imperial forces for control of the country. The pro-Imperial forces were eventually victorious, but much of the Shogun's wealth mysteriously vanished during the conflict. There is a theory that when the Shogunate handed over Edo Castle to the new government forces, Tadayori Oguri, the chief financial official, secretly buried an enourmous treasure in his hometown of Akagi, Gunma Prefecture. It is said that this treasure would be valued at over 200 trillion yen today, but although a number of excavations have been conducted, the treasure has still to be found.

Is Toyotomi Hideyoshi's gold hidden in the ruins of the Tada Silver-Copper Mine?

Toyotomi Hideyoshi was arguably the greatest military commander in the history of the samurai - unifying Japan and becoming the de facto ruler of one of the most powerful industrialized military empires on earth. The Tada Silver-Copper Mine in Hyogo Prefecture was under direct his direct control, and there is a theory that he hid treasure there his infant son shortly before he died. There are even surviving texts supporting this theory. Indeed, the ruins of the Tada Silver-Copper Mine, with their ants' nest of narrow tunnels, are the perfect place to hide such a treasure.

Is the legendary Captain Kidd's treasure is hidden on sacred Ogami Island?

Located just north of Miyako Island, Okinawa Prefecture, Ogami Island is a tiny speck of land with only a few dozen residents. Ogami Island means "Island of God" and legends exist that many mysterious things happen on the island. When it was reported that the treasure of the great 17th-century pirate Captain Kidd might be hidden in a cave in the area, a horde of treasure hunters descended on the island. However, so far the only treasures to be found on this island are the beautiful beaches.